Silver fillings are actually made up of a silver amalgam with silver-tin alloy, copper and mercury. Silver fillings have been being used for over 100 years. There have been many studies on the mercury in these silver fillings. It is true that mercury is released when chewing and grinding, but it has been found that the amount of mercury that is released from 5 fillings is the equivalent of a tuna fish sandwich. Silver fillings last longer than composite fillings, and they cost less. Over time, silver fillings will corrode which may allow decay under the filling. Also, these fillings slowly expand and may cause tooth fracture, and the need for a bigger filling or crown.

It’s more common now for dentists to use composite fillings, although silver fillings are approved by the ADA and FDA.

What Our Patients Say

One day during my morning prayer and meditation I had to look up the word honorable. The word is rich in meaning and implies the purest, highest, noblest kind of goodness. Honorable means “lovely”, “winsome”, “gracious”, “noble” and “excellent’. Your name, Winsome, definitely describes your character and your practice. God bless and keep you!!!

Very gentle, very competent. I am very appreciative of your skill and skill of your staff. Thanks.

Beginning in 1995 Dr. Ward took over my dental care. She has proven to be as painless as I believe possible. My bridges have performed perfectly. My extractions have been very few, and my partial is working without incident. I recommend that anyone needing dental work consider using Dr. Ward.

Dr. Ward, I want you to know how much I appreciate the care I have received here. I am so happy with the improvement in my gums, and it is because of your emphasis on preventive oral care. It has made a huge difference, and I thank you.” 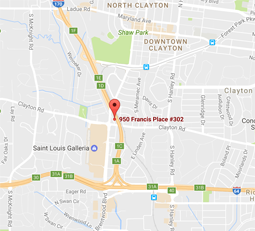 There aren’t many of us out there without a sweet tooth. We’re born with it, and we all find … END_OF_DOCUMENT_TOKEN_TO_BE_REPLACED

Fortunately, problems you have with your mouth are often just temporary nuisances. For example, you … END_OF_DOCUMENT_TOKEN_TO_BE_REPLACED